Meet the sup instructor who picks up trash as she paddles

Meet the SUP Instructor Who Picks Up Trash as She Paddles

The sun has barely been up for an hour, but it’s already one of those muggy mornings where the “feels like” temperature is inching toward 100 degrees. A group of students filter one-by-one off the dock and onto stand-up paddle boards as their teacher, Jana Mars, makes quick work of anchoring them in place. Jana’s daughters, who’ve been sleeping on the family boat docked nearby, groggily emerge to watch. The paddlers play with balance before settling into a comfortable seat before class. It’s hard to believe we’re not on vacation. It’s even harder to believe we’re in Philadelphia. But that’s exactly why Jana founded her floating yoga and fitness studio, Aqua Vida: to reconnect Philadelphians with the water that surrounds them. Jana’s goal is to encourage more people to recreate on the water and, in turn, start treating it with a little more respect. In addition to Aqua Vida’s robust class schedule, the company hosts weekly stand-up paddle board cleanups on the Delaware River. “Once people start going in the water and enjoying it, they’ll care more that there’s trash in it,” Jana explains. 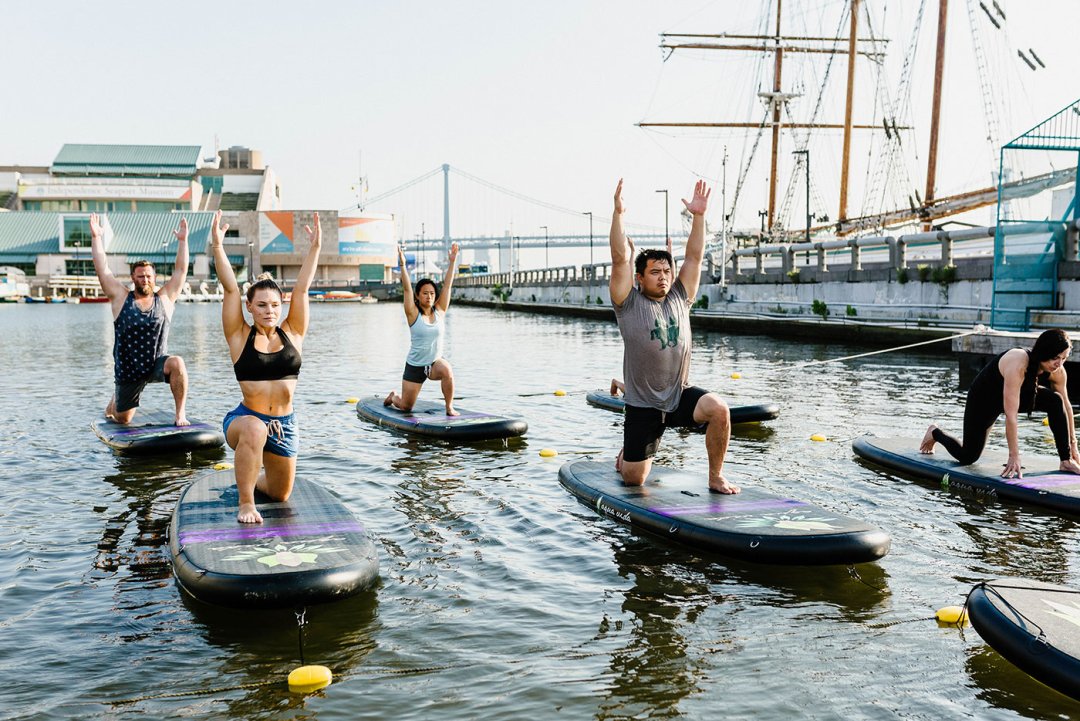 As a longtime yogi, Jana quickly saw a connection between her practice and paddling: Both activities encourage a deep mind-body connection and are focused on balance and alignment. When she first stepped on a stand-up paddleboard, she felt compelled to test out some poses. After teaching a few SUP classes in Philadelphia’s Spruce Street Harbor, she started building a community of yoga students, paddlers, swimmers, and total novices — few of whom considered recreating on the Delaware before finding Aqua Vida. 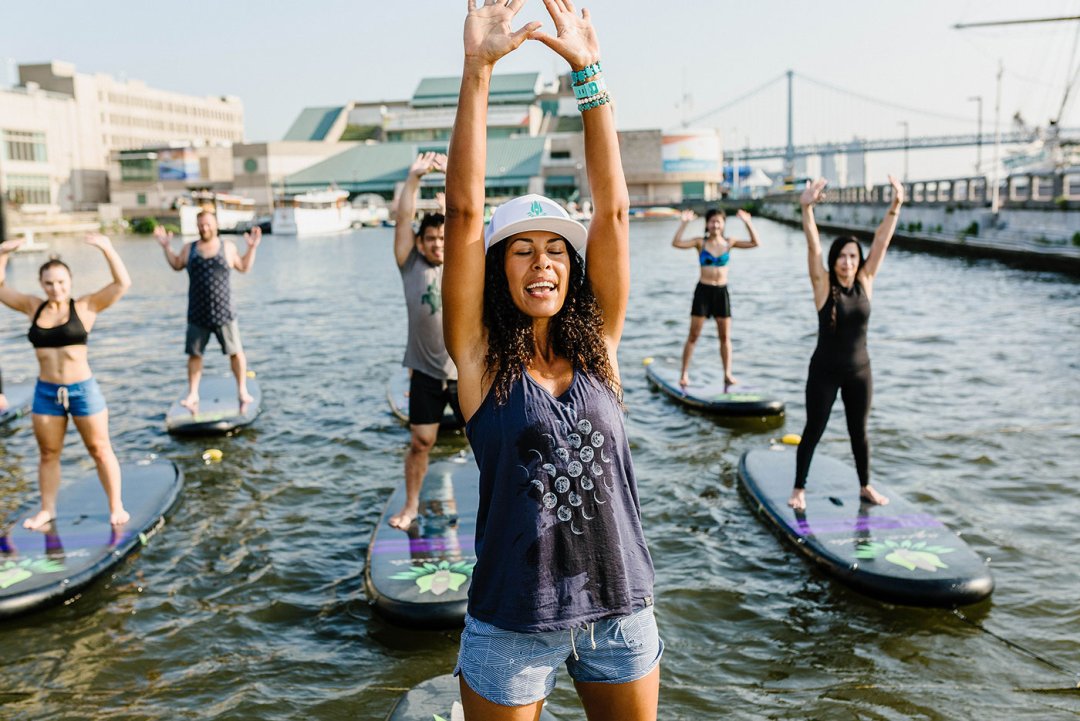 But while Philly’s rivers get a bad rap, Jana, her husband Joe, and their daughters Lexi and Juju quite literally live on the water. They spend their summers on Joe’s family boat, which is docked on the Delaware and serves as a meeting point for their SUP yoga, acroyoga, and HIIT classes. When Joe learns us UBBers have never been on a stand-up paddle board, he’s actually shocked. “What’s wrong with you?!” he exclaims, before graciously offering to teach us. He attests that paddling is the best way to see the city, not to mention the easiest way to pick up the top-level trash that winds up in its rivers. 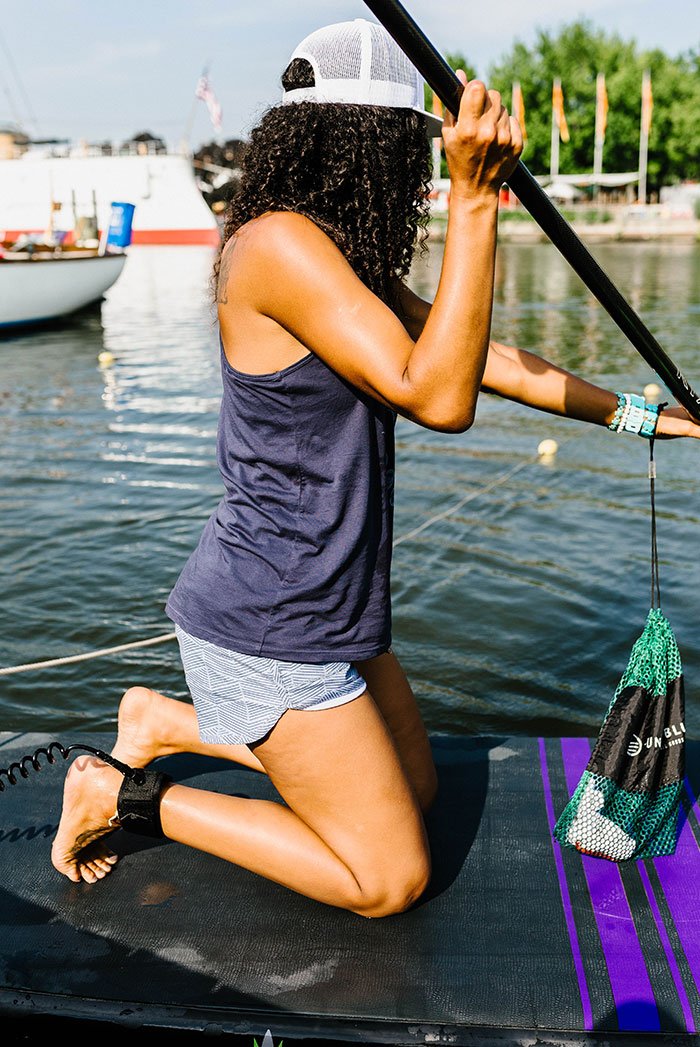 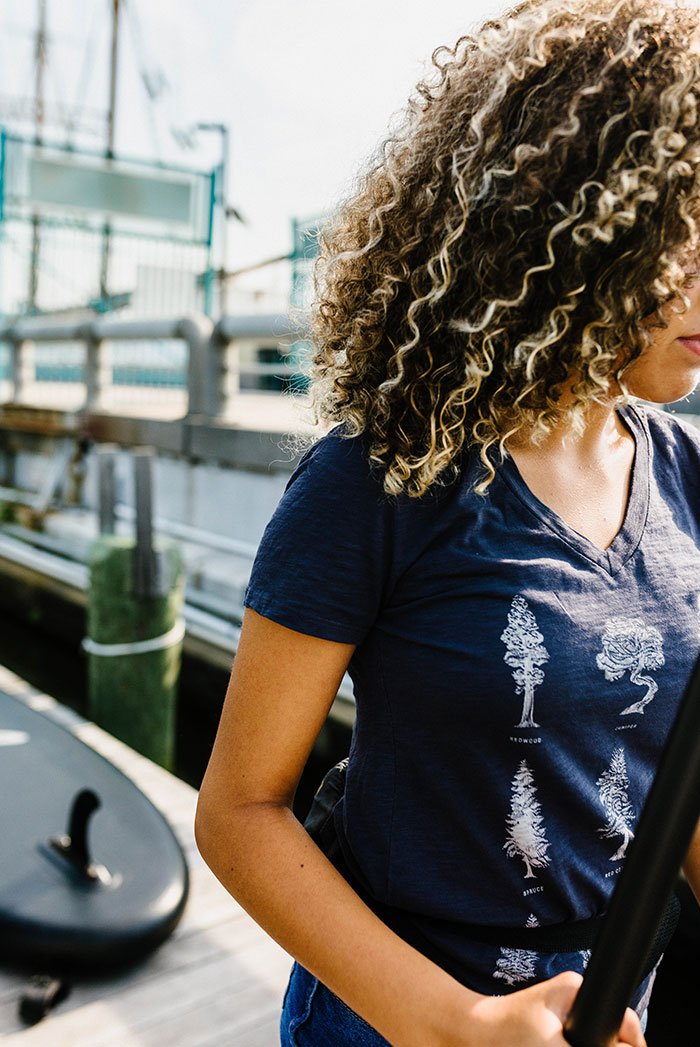 It’s that very trash that makes people wary of Philadelphia’s rivers and water sources, but Jana is determined to change that. For Jana and her family, picking up trash on the water feels as essential as cleaning their backyard. “People used to swim in this river,” Jana reminds us as she leads us down the Delaware, trash bag in hand, “and we want to keep it safe.” 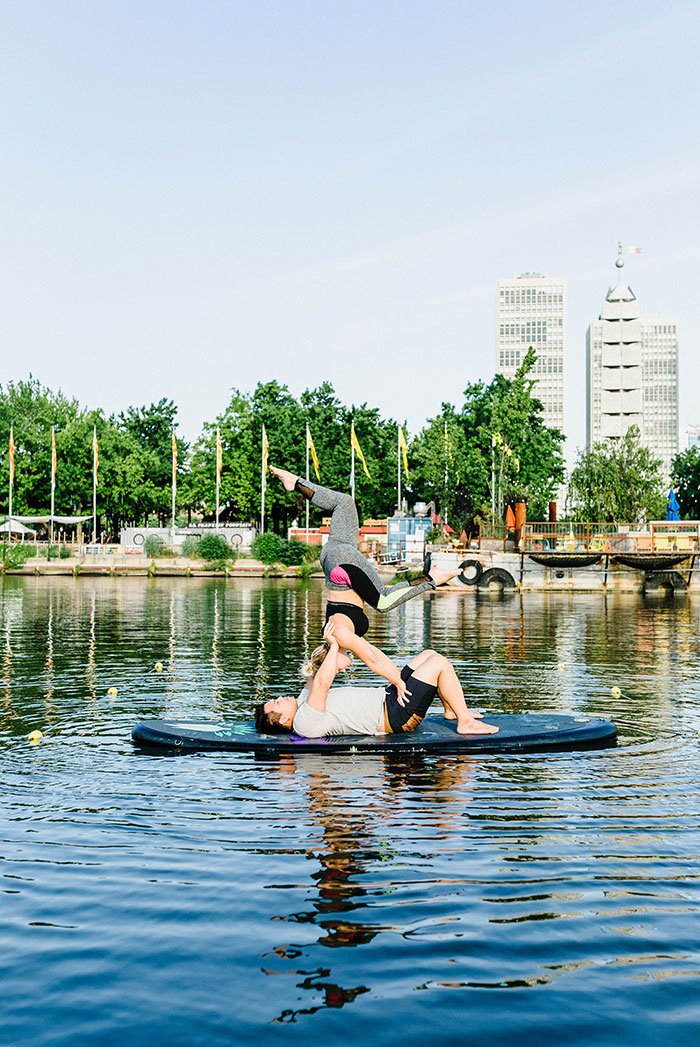